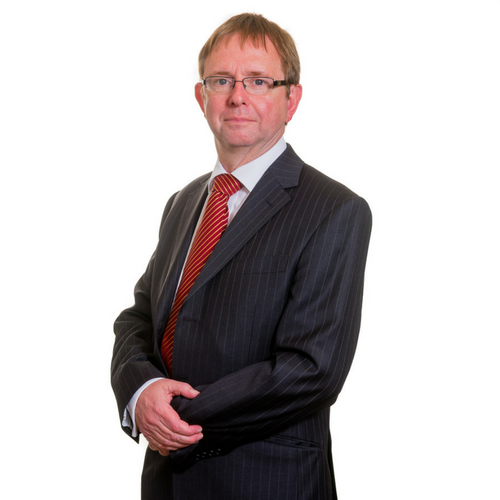 “Experienced catastrophic injury specialist who is increasingly noted for his activity in high-value clinical negligence cases. He handles delayed diagnosis of brain tumours and cancers, and complex cauda equina claims. He is also well known for his work in amputation cases and has further experience in claims involving issues of consent.

Strengths: “An extremely knowledgeable and very well-regarded junior who is always a pleasure to deal with and invests himself wholeheartedly in his cases.” “He has a good manner with clients, and is very accurate and analytical. He has the ability to grasp complex medical issues and put that understanding across to solicitors, clients and experts.” Chambers UK Bar 2021 (Clinical Negligence)

Vastly experienced junior with an impressive practice in catastrophic personal injury. He acts for claimants and defendants in a variety of cases and has particular expertise in accidents and conditions associated with the workplace. This includes everything from industrial workers suffering from hand-arm vibration syndrome through to military personnel affected by PTSD. He is also well regarded for his handling of claims involving RTAs.

Strengths: “He is extremely personable and well respected by his opponents.” “He is extremely knowledgeable, experienced and a superb advocate. He knows it all when it comes to personal injury litigation and is very fast at assimilating and analysing information.” Chambers UK Bar 2021 (Personal Injury)

“Has a gift to see the claim through the Claimant’s eyes and stand in their shoes in order to recognise what is important to them regardless of whether it achieves a higher financial award.” Legal 500 2021 (Clinical Negligence)

“A strong grasp of relevant detail and ability to apply fact and circumstances to various aspects of a case.” Legal 500 2021 (Personal Injury)

Philip read Law at Cardiff University and was called to The Bar by the Honourable Society of the Middle Temple in 1980. He practises in all areas of Personal Injury, Clinical Negligence and Employment Law and sits as a Recorder in The Crown Court and County Court, being authorised to sit on serious sexual offence cases including rape.

Strengths: A pleasure to work with: he has a great manner with clients and his high level of experience and expertise allows him to get to the heart of the matter. He really keeps up to date with changes in the law too.” Chambers UK Bar 2020 (Clinical Negligence)

Strengths: “He has an excellent knowledge of the law and is a very good advocate.” Chambers UK Bar 2020 (Personal Injury)

“He can always be counted on to deliver robust and expert advice, is generous with his time and expertise, and will put himself out to help law firms and injured clients.” “He is no doubt a match for silks and is affable and engaging.” Chambers & Partners 2019 (Personal Injury)

“Experienced catastrophic injury specialist who is increasingly noted for his activity on high-value clinical negligence cases. He handles delayed diagnosis of spinal injuries, cancers or other conditions. He is also well known for his work in amputation cases and has further experience in serious brain injury cases.”

“He is a very intelligent barrister, but has the common touch and is able to communicate effectively with lay clients. He deals with papers quickly and efficiently and is easily accessible by phone or email. Excellent on his feet.” Chambers & Partners 2019 (Clinical Negligence)

Strengths: “His attention to detail is excellent and his ability to command a conference involving the most eminent of experts is admirable. He also has a very mild-mannered and comforting nature, which is definitely needed in claims involving significant injuries and with sensitive medical issues.”

“Vastly experienced junior with an impressive practice in catastrophic personal injury. He acts for claimants and defendants in a variety of cases and has particular expertise in accidents and conditions associated with the workplace. This includes everything from industrial workers suffering from hand-arm vibration syndrome through to military personnel affected by PTSD.”

Strengths: “A nationwide expert in industrial disease. Patient, approachable and committed to his clients.” “Always honest and on-point.” Chambers & Partners 2018

Strengths: “His attention to detail is absolutely second to none”. “He is focused, determined and has all of the underlying attributes you would expect, but he delivers them in a genial and affable way”. – Chambers & Partners 2017 (Clinical Negligence)

“A vastly experienced junior with an impressive practice in catastrophic personal injury. He acts for claimants and defendants in a variety of cases and has particular expertise in accidents and conditions associated with the workplace. This includes everything from industrial workers suffering from hand-arm vibration syndrome through to military personnel affected by PTSD”.

“He undertakes work for both claimants and defendants on a variety of cases, including those stemming from catastrophic injury caused by accidents at work and RTAs. He is particularly noted for his expertise in workplace injuries, including industrial diseases and hand-arm vibration syndrome.
Strengths: “He is always accommodating, deeply committed to his clients and their families’ interests. He pursues cases with vigour.” “One of the best-known disease lawyers in the country and probably the best for vibration-induced carpal tunnel syndrome.” – Chambers & Partners 2016

‘He instills confidence through his detailed preparation and sound advocacy skills’. ‘He’s brilliant in court and very persuasive.’ – Chambers & Partners 2015

He is ‘noted for his attention to detail in serious and catastrophic claims. He acts for Defendant solicitors and is commended in particular for his Claimant work in cases involving brain and spinal injuries and amputations’ – Chambers & Partners 2014

‘He’s an extremely capable counsel handling the highest value cases, and is perceived across both sides of the fence as sensible but very strong in his submissions’ – Chambers & Partners 2014

‘An easily accessible barrister who puts clients at ease. He is highly regarded by instructing solicitors who describe him as a real team player’ – Chambers & Partners 2013

Whilst clients and instructing solicitors can be based anywhere within the UK technology is harnessed to ensure that travelling time is never wasted. Smartphone technology, tablets and digital dictation are utilised effectively. Some court hearings are held by telephone and conferencing calls are frequently employed. Philip travels extensively and very often meets clients away from Chambers. Clients in London and The South benefit from the fact that Philip has a home/office facility in The Capital and those based North of Manchester can arrange to see him at his private conferencing facility at Junction 36/M6 in Cumbria.

Instructing solicitors requiring a follow on conference can enquire about complementary overnight accommodation in a dedicated self catering Guest Mews.

Philip has been a member of SJB since 1987 and is recognised for his expertise in the handing of complex cases demonstrating both in depth legal knowledge and exceptional medical comprehension. An ability to communicate with all parties whilst maintaining focus, a personable manner which puts clients at ease and an attention to detail that ensures cases are handled with clarity and efficiency – all these factors combine within a multi faceted practice, evidenced by repeat instructions nationwide and offering Direct Public Access where appropriate.

Philip has a particular interest in sporting injuries including golf (as a 5 handicap golfer!). In the course of his employment law practice he has advised sporting organisations including football clubs and individual sportsmen and women.

In addition, Philip has spent a great deal of time at Pendlebury Children’s Hospital (now relocated to Manchester) in the High Dependency and Bone Marrow Units and in the Haemophiliac Unit. This has provided a great insight into the coping strategies of children and their families which has particular significance when considering and investigating rehabilitation.

Philip and his Pupil Catherine Dent have written an article which was published in the May 2016 edition of PI Focus. Download it here: Informed Consent and Causation.

Philip teamed with former professional footballer and author Paul Stewart to write an article about Child Sexual Abuse in Sport. Download it here.

Philip’s article on Accommodation Claims has been published in the July/August 2018 issue of Personal Injury Law Journal. Download it here.