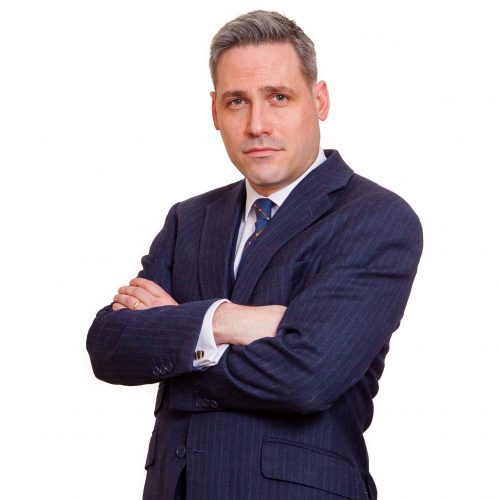 Has a notable reputation for children work, regularly representing parents, children and local authorities in matters concerning child deaths, deprivation of liberty and sexual abuse. He is also experienced in handling cross-jurisdictional cases.

Strengths: “Shaun Spencer is an exceptional barrister who is well liked by social workers and trusted by senior managers. His advocacy, whether written or oral, is outstanding, with the highest knowledge of the law.” “Shaun Spencer is a formidable advocate. He can take a bad case and turn it into a win for his client. He’s a legal magician.” Chambers UK Bar 2023

“Shaun is outstanding. Of particular note is his advocacy skills and ability to work within very complex areas of law and procedure. His ability to transfer complex areas of work into language and ideas that lay clients are able to follow and understand is particularly impressive.” Legal 500 2023

Shaun was called to the Bar by Lincoln’s Inn in 2005, having received a Shelford Scholarship and awarded the Helen Grindrod QC Scholarship. Shaun is a family law specialist, with a comprehensive family law practice, which encompasses both public and private law children cases.

Strengths: “His work ethic is extraordinary. He’s very self-assured yet humble, while doing great work.” “He has an encyclopaedic knowledge in relation to deprivation of liberty cases. He is very personable and puts himself out there to help.” Chambers UK Bar 2022

“He is always meticulously prepped and has a real sense of assurance with clients, but remains very down to earth. Even the most anxious lay clients have felt completely confident in his care. He provides realistic and sometimes difficult advice in an extremely approachable and sympathetic way, and lay clients have always felt he has ‘got it’ from the off.” Legal 500 2022

Strengths: “He is always ready to learn, and his confidence in court is impressive.” “He is extremely bright and is adept at finding solutions and forging forward for the benefit of the children the court.” Chambers UK Bar 2021

“Shaun is a skilled child care barrister with a specialism in Deprivation of Liberty and expertise in acting in complex inflicted injury cases involving children. Despite his eloquent advocacy, he is extremely approachable and able to explain complex legal matters to those who instruct him.” Legal 500 2021

“Always thoroughly prepared and able to give reassurance and detailed explanations, even to the most anxious client… He has that sometimes elusive balance of assurance and approachability.” Cara Nuttall, Partner in the Family Law team at JMW Solicitors