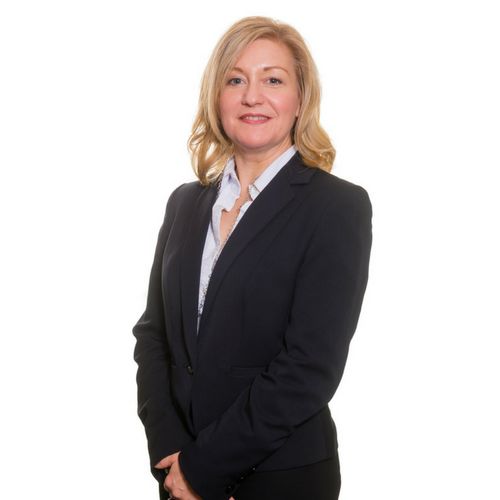 “Specialist child law expert who typically acts for Children’s Guardians and local authorities. She has a background in criminal as well as family law, and many of her most significant cases have concerned complex injuries and medical issues. She has also been engaged in cases involving forced marriage protection orders and child fatalities.”

“Pennie is quite frankly a fantastic barrister. She is committed to her respective clients and will always go the extra mile. She was my first port of call in a recent case where permission to appeal was sought in respect of an interim decision. She is approachable, friendly, extremely knowledgable and clearly committed to the profession. She would be my first choice if given as an option to instruct. I cannot praise her enough.” Legal 500 2021

Pennie read Classical Civilisation at Nottingham University before undertaking the conversion course in Law at City University in 1992. She was called to the Bar by the Honourable Society of Lincoln’s Inn in 1993 having undertaken the BVC at the Inns of Court school of law. Pennie practises in all areas of law involving children. Pennie delivers training, both personally and through Chambers, to solicitors and Local Authorities on aspects of public law.

“She is able to easily sort the wheat from the chaff and deals with and addresses the issues that are relevant, rather than becoming bogged down and distracted in sundry side-issues.” Chambers UK Bar 2020

“An excellent advocate who knows the law and provides clear advice. She is well respected at court by the lawyers and by the judges. Her drafting is excellent and she is a whizz with technology.” Chambers & Partners 2019

Strengths: “I highly recommend Pennie. She is extremely knowledgeable, compassionate and straightforward.” “She is my go-to for children cases. She is down to earth and approachable, and has a very constructive manner with clients.” “She is outstanding and will really go that extra mile.” Chambers & Partners 2018

Strengths: “An oracle, she is absolutely the person you’ll go to with any query.” “Down-to-earth, tenacious and always fights clients’ corners effectively.” Chambers & Partners 2017

“A clear advocate, who brings compassion and understanding to the job.” Legal 500 2016

“Specialist family law expert who represents local authorities and parents across all elements of Children Act applications. She is noted for her expertise in cases involving complex medical evidence and non-accidental injuries”

Strengths: “She is hard-working, compassionate and outcome-focused.” “She is very thorough, very well prepared and very good with distressed and difficult clients. She relates very well to people.” Chambers & Partners 2016

Focuses on all proceedings within children law, particularly cases that involve contentious medical evidence. She represents a diverse client base, and receives instructions from local authorities, guardians and parents.”

“She is a tough cookie in a very pleasant way. She is nice to be against in court.” “She is a solid and consistent advocate.” Chambers & Partners 2015