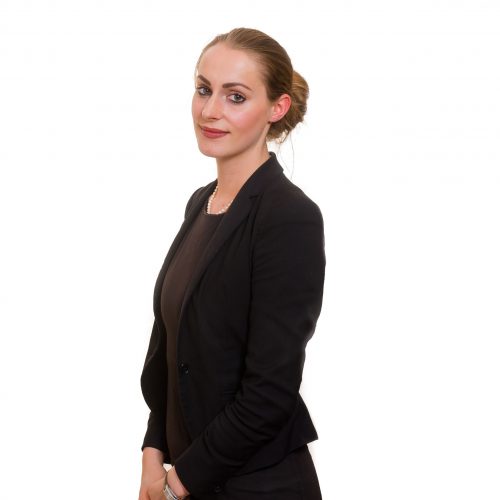 “Gemma is one of the very best. She works phenomenally hard and prepares documents before you have even asked. She was very familiar with every aspect of the case including the unused material. She is very focussed and analytical, thinking through a problem from all sides before deciding on a course of action. Gemma has great determination and is tigerish in her approach. Gemma is a real star and should be a role model for other junior barristers in how to be successful in this career.” Legal 500 2023, Rising Star

Gemma graduated from Oxford University with a 2:1 in Jurisprudence. Before joining the Bar, she worked as a police station representative and case worker at Tuckers Solicitors and went on to undertake pupillage in London. Gemma joined St John’s Buildings in September 2015. It has become apparent to all those who instruct Gemma that she has the gravitas of a much more senior barrister.

She has been involved in murders, historic sex cases, multi-handed rapes and large drug conspiracies. She is regularly first choice counsel by those who lead her. Her ability to grasp the facts and issues instantly are second to none. She is a persuasive advocate and popular with juries. The level of experience and success Gemma has achieved so far is commensurate with her outstanding ability.

“Gemma is highly intelligent and is able to grapple difficult and complex cases with aplomb. You know you are in safe hands when you brief her and you don’t need to worry as she has everything under control. Gemma has the respect of fellow barristers and is able to achieve excellent results in difficult circumstances. She has a great rapport with clients who trust her instantly.” Legal 500 2022, Rising Star