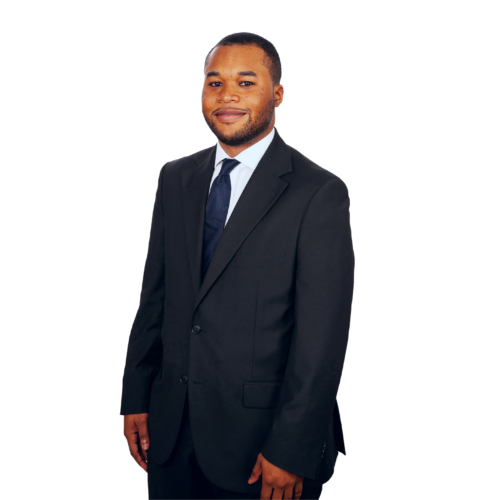 Emmanuel joined chambers as a tenant in October 2022 following the successful completion of his pupillage under the supervision of Ben Lawrence and David James.

Emmanuel prosecutes and defends across the full spectrum of criminal offences in the Crown Court, Magistrates’ Court and Youth Court. He is regularly instructed in cases involving violence, sexual offences, dishonesty offences and road traffic offences.

Emmanuel is frequently instructed to defend in a wide range of road traffic matters which include drink driving, drug driving, speeding, careless driving and failing to provide a specimen. He has helped clients avoid disqualification by successfully advancing exceptional hardship arguments in the Magistrates’ Court.

Alongside his criminal practice, Emmanuel is interested in developing a regulatory and coronial law practice. He has recently appeared in a Pre-Inquest Review. During his pupillage he observed cases concerning health and safety prosecutions, and fitness to practise proceedings before the NMC.

Prior to commencing pupillage Emmanuel worked as a criminal defence paralegal at GT Stewart Solicitors where he prepared and managed Magistrates’ Court and Crown Court cases. He also worked as a Crown Court paralegal for the Crown Prosecution Service, where he assisted prosecution witnesses and counsel at court. Following his well-rounded experience in criminal law, Emmanuel brings to cases an in-depth understanding of the criminal justice system, which ensures that clients can be advised about all stages in criminal proceedings.

Emmanuel also worked as a County Court Advocate with LPC Law. He appeared for claimants in return of goods, bankruptcy, landlord and tenant, mortgage possession and infant settlement approval hearings.

Alongside studying for the BPTC, Emmanuel volunteered with Immigration Tribunal Friends, where he assisted litigants in person with their asylum and immigration appeals. He also volunteered as an Advice Team caseworker at the Coventry Refugee & Migrant Centre.