He discussed the issue of privacy after the former owners of the News of the World were given what is claimed to be the highest media libel fine in British legal history for press intrusions against Heather Mills and up to 90 other people. The amount remains secret. 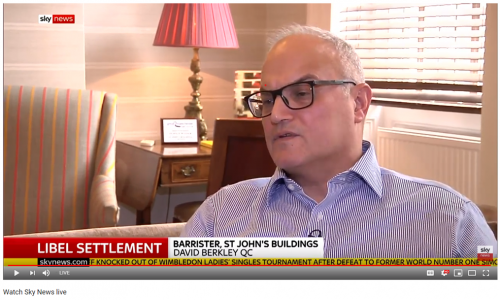 David Berkley QC said: “This has been a matter which started in the public consciousness with Milly Dowler and then of course with the Leveson report.”

He added: “The public now recognize that whether you are a celebrity or whether you are a private individual you have certain expectations that things that are part of your private domain will remain private, unless there is a good reason for them to be published.”

Sky featured the clip on the 5pm, 6pm and 7pm news.