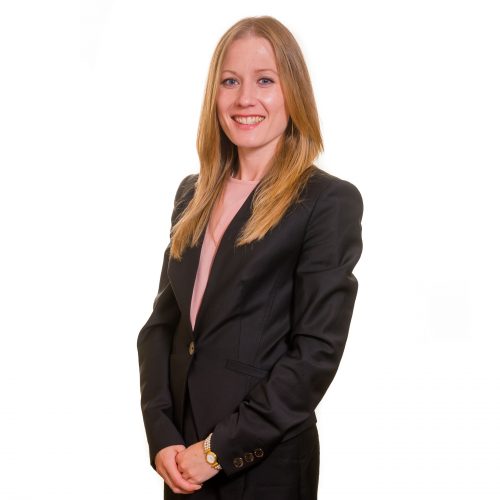 Laura Nash is a well-regarded barrister and assistant coroner with a broad practice in inquest law. She has notable strength in police and prison matters and health and safety issues. She represents the bereaved and various individuals whose actions are under scrutiny.

Strengths: “Laura knows her way around the courtroom, is extremely intelligent and well rounded and can see an inquest from every possible angle.” Chambers UK Bar 2023

“Laura has excellent understanding of coronial law and processes. She is a highly competent advocate with excellent interpersonal skills and an ability to distill a case to its key elements without over-complicating it.” Legal 500 2023 (Inquests and Inquiries)

Laura was called to the Bar in 2009 and completed pupillage under the supervision of the now HHJ Guy Mathieson. Prior to coming to the Bar, Laura worked as a legal advisor for Staffordshire Trading Standards following a successful internship at the Council of Europe in Strasbourg where she was involved in the review and enforcement of money laundering and financing of terrorism provisions.

Away from work Laura is a keen runner and trains with Salford Harriers AC.

Strengths: “She is able to adapt her advocacy style depending on the situation.” “She is a really good advocate, a great communicator and leaves no stone unturned.” Chambers UK Bar 2022

“Laura’s knowledge of coronial law is exceptional and her role as an assistant coroner provides a helpful insight into the tactics and strategies to be adopted when robustly defending the client’s position.” Legal 500 2022 (Inquests and Inquiries)

Strengths: “She sits part-time as a coroner, so she has really good knowledge of the inquest process. She’s very methodical and excellent at putting forward submissions to coroners, and her advocacy is really impressive.” “She is technically excellent, quickly establishes the trust of clients, and presents arguments in a clear and coherent manner. She will go to great lengths to consider a case from every angle.” Chambers UK Bar 2021 (Inquests and Public Inquiries)

‘Laura is an absolute expert in the arena of inquests and enquiries. She quickly identifies the key issues in any case and instantly knows the best approach to take to address the issue. She has a pleasant but direct manner with clients and counsel alike and is firm but fair when addressing the judiciary and her instructing solicitors on what she believes to be the correct course of action.’ Legal 500 2021 (Inquests and Inquiries)

‘A clever and articulate advocate who never backs down from a fight.’ Legal 500 2021 (Crime)

‘A clever and articulate advocate who never backs down from a fight.’ Legal 500 2020 (Crime and Inquests)

“Perceptive and accomplished on her feet.” Legal 500 2019 (Inquests and Inquiries)

“I have recently instructed Ms Nash in two particularly sensitive cases with press interest. Ms Nash is an excellent communicator, she routinely responds quickly to queries and commits to finding clarity in even the most novel of cases. Her written submissions are clear, concise and persuasive and she is extremely professional and fluent in both conference and at Court. I would not hesitate to recommend Ms Nash in Inquest and Health & Safety cases.” – Instructing Solicitor

“Laura is a conscientious, professional and knowledgeable barrister in both regulatory and coronial law. She is well-liked by all clients for her clear advice and sensible approach. For those instructing her, Laura is a consistently reliable Counsel and someone you know will have a positive impact throughout the case, to get the best outcome for clients.” – Instructing Solicitor

“A rare combination of diligence and fighting spirit, Laura is consistently well prepared on cases and has an exceptional presence of mind which ensures she is continually at the front line of litigation. Determined and dedicated counsel on whom one can rely and trust to excel in a case.” – Instructing Solicitor

“Laura is particularly skilled in the arena of inquests and Coronial law. Sitting as an Assistant Coroner herself, Laura takes personal pride in the accuracy of proceedings and the fairness of representation making her an invaluable asset to any legal team attending an inquest.” – Instructing Solicitor