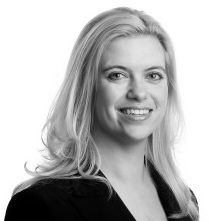 Alexandra was educated at Bolton School. She took a First in Law from Birmingham University where she was awarded the highest mark in Jurisprudence and the Henry Barber Law Scholarship.

Prior to joining St John’s Buildings, she was a member of Peel Court after completing her pupillage there with Richard Pearce as her pupil supervisor. She has a varied common law practice and has appeared in front of a wide range of tribunals. She represents both Claimants and Defendants in civil claims in the small and fast track both at trial and at the interlocutory stage.